Verdict in retrial over alleged crimes committed in 2013 to be announced Friday, July 12 at 10:00 am 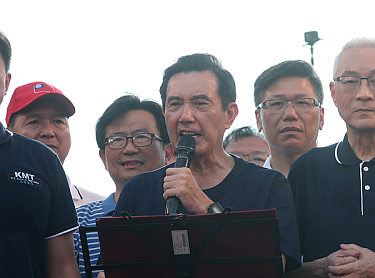 former president, Ma Ying-Jeou (馬英九), leaked confidential and sensitive information by ordering an official to discuss wiretapped conversations during his time in office.

Months after the final session of the retrial adjourned in February 2019, the High Court has finally come to a verdict, which is to be announced on Friday (July 12) at 10:00 a.m.

Ma was originally convicted in 2018 of attempting to damage the “character and rights” of a Democratic Progressive Party politician, Ker Chien-ming (柯建銘), by ordering former prosecutor-general Huang Shih-ming (黃世銘) to discuss telephone wiretap transcripts that were obtained in an investigation on improper lobbying.

In the trial, Ma was found guilty of revealing information from the judicial investigation which should have remained confidential, and then passing that information on to other Kuomintang leaders. After Ma’s conviction, he appealed to the High Court and the conviction was overturned based on a “lack of clarity” over certain aspects of the case, with a retrial ordered on Jan. 3, 2019.    [FULL  STORY]