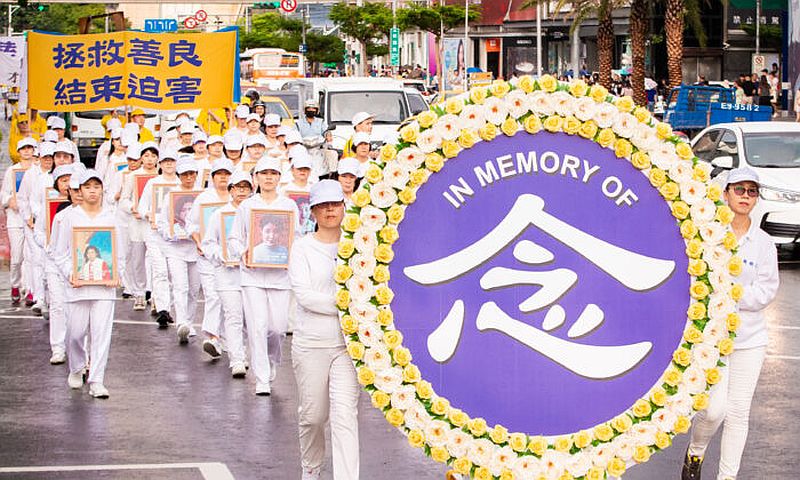 Falun Gong practitioners march in commemoration of the 20th anniversary of the ongoing persecution in China, in Taipei, Taiwan, on July 20, 2019. (Chen Po-chou/The Epoch Times)

Taiwan’s immigration authorities said Chinese officials involved in persecuting adherents of spiritual discipline Falun Gong will be barred from entering the island. The move comes amid growing calls for countries to sanction rights abusers in China.

A senior official at Taiwan’s immigration ministry, Ge Guangwei, during a parliamentary committee hearing on Oct. 2, said the island’s immigration laws prohibit entry of Chinese officials who “previously persecuted Falun Gong, or those who had violated rules or laws in Taiwan.”

Ge’s statement was in response to a question from legislator Wang Ting-yu of Taiwan’s ruling Democratic Progressive Party, who asked: “Under what situation will the National Immigration Agency not let in people who are connected to the Chinese communist government or the Chinese military?”

The official said the same restrictions would also apply to Chinese students or tourists in Taiwan who damage Lennon Walls—large mosaics of post-it notes or posters relaying messages of support to the ongoing Hong Kong protests—or those who beat up or insult sympathizers of the Hong Kong movement.    [FULL  STORY]