This post was written in collaboration with members of the Global Voices Chinese Lingua team.

On 14 October 2019 the Taipei District Court dismissed a lawsuit filed by nearly 8,000 Vietnamese 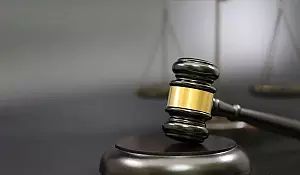 fishermen against Taiwan-based Formosa Plastics Group (FPG) over a 2016 marine disaster in Vietnam. The court said that it had no jurisdiction to rule on the case, but the plaintiff’s lawyers filed an appeal on October 24.

The marine disaster, which took place on 6 April 2016, is seen as the most serious environmental disaster in Vietnamese history. The incident, caused by the discharge of toxic waste into the sea by FPG subsidiary Ha Tinh Steel Corporation, led to the death of massive amounts of fish and marine life in central Vietnam.

The fishing industry in the affected areas has declined dramatically after the marine disaster and it estimated that complete recovery would take about a decade.

FPG accepted responsibility for the disaster on 30 June 2016 and agreed to give US$500 million in compensation to the Vietnamese government for disaster relief work. Yet, the Vietnamese government mainly gave compensation to those who live in Ha Tinh. Those who live in other parts of central Vietnam, such as Quang Binh, Nghe An, and Quang Tri, have not received any money.
[FULL  STORY]