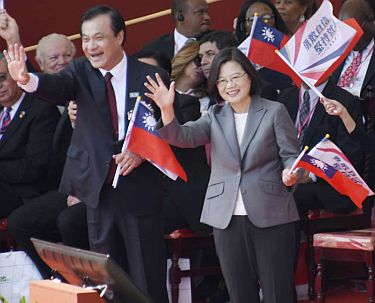 Taiwan in a bid to counter China’s military buildup and growing assertiveness in the region, according to sources familiar with the plan.

The cross-party group, headed by Keiji Furuya of the ruling Liberal Democratic Party, is mulling the creation of a forum with U.S. and Taiwanese lawmakers by the end of the year to facilitate such coordination, the sources said.

As such, the envisaged trilateral parliamentary tie-up may anger China at a time when ties with Japan have been improving and ahead of a planned state visit by Chinese President Xi Jinping to the country in the spring.    [FULL  STORY]