The lack of such treaties with the mainland, Taiwan and Macau means criminals are allowed to take advantage of the legal vacuum 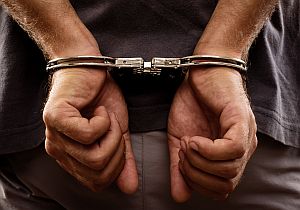 controversial extradition bill, under which fugitives would have been sent to jurisdictions with which the city has no such treaty, including the mainland and Taiwan. Regrettably, the unrest sparked by the ill-fated legislative attempt continues, as does the perceived legal vacuum. The violence facing the city is no doubt worrying and must be tackled as a matter of priority. The vacuum, while becoming less urgent after Chan Tong-kai, the murder suspect at the centre of the fiasco, is prepared to surrender himself to the Taiwan authorities, still warrants rectification in the longer term.

The need for an extradition deal is highlighted in the escape of a Taiwanese suspect following a robbery in Hong Kong last month. According to the police, the man arrived on October 6 and stole two luxury watches from a Tsim Sha Tsui shop before fleeing back to the island on the same day. While it is understood that the Hong Kong government is trying to confirm the identity of the suspect with the Taiwan authorities, he is unlikely to face prosecution due to the lack of an extradition treaty between the island and the city.     [FULL  STORY]