Beef noodle soup is a big deal for Taiwanese eaters. But its popularity came relatively recently 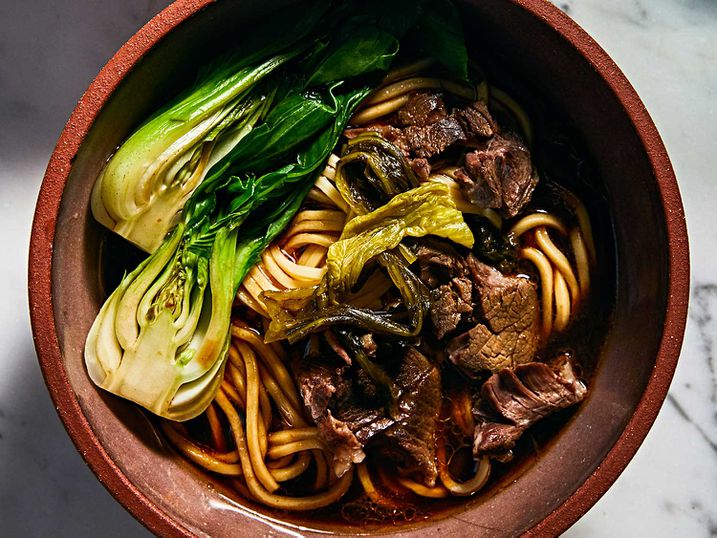 For many Taiwanese living abroad, beef noodle soup is the spiritual slurp of the homeland. According to Eric Sze, chef-owner of 886, a Taiwanese restaurant in New York City, longing for the dish was what got him into the restaurant industry.

“It was literally on almost every corner of Taipei. And most if not all of them were pretty great,” says Sze, who grew up in Taiwan’s capital.

But when he set out to make the dish from scratch at home, he learned just how complicated it is. While it may appear simple, the noodle soup is a rich blend of influences from mainland China and Taiwan, often made with tomatoes and locally-produced Taiwanese bean paste to buoy the deep, earthy broth of beef shank. Its robust punch of flavors and comforting effect is well-revered on the island and zealously reanimated abroad by restaurateurs such as Sze.    [FULL  STORY]