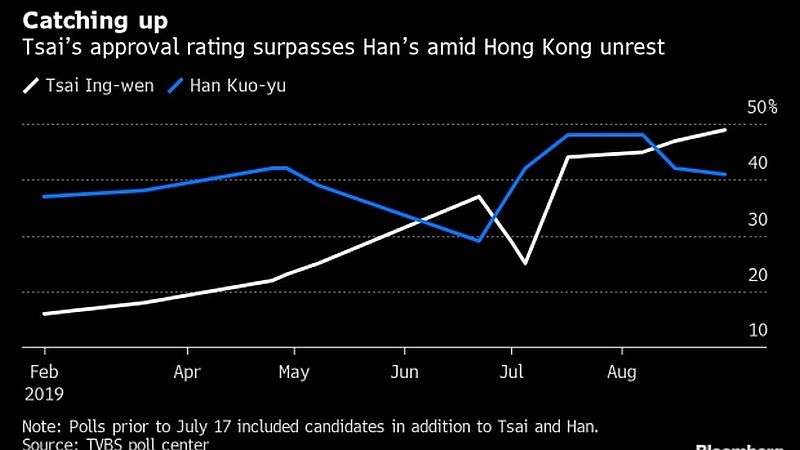 Tsai had clawed back some ground in opinion polls before protesters started taking to the streets of Hong Kong in the hundreds of thousands in June. But the mass demonstrations there against China’s deepening encroachment have given her a noticeable boost ahead of Taiwan’s presidential elections in January.

As Taiwanese watch with concern the events in Hong Kong, particularly crackdowns on demonstrators, with scenes of police beating protesters huddled in balls on the floors of Hong Kong’s subways, Tsai’s firm stance on China has become her biggest selling point.

What happens in Hong Kong, including the way Beijing responds to protracted unrest, matters for democratically run Taiwan, which China considers part of its territory. The island’s leaders have often faced challenges in dealing with China, which is much bigger geographically, economically and militarily. There are risks at home from being seen as either too hard or too soft. And it was indeed her China policy that tripped Tsai up in the second half of last year.    [FULL  STORY]