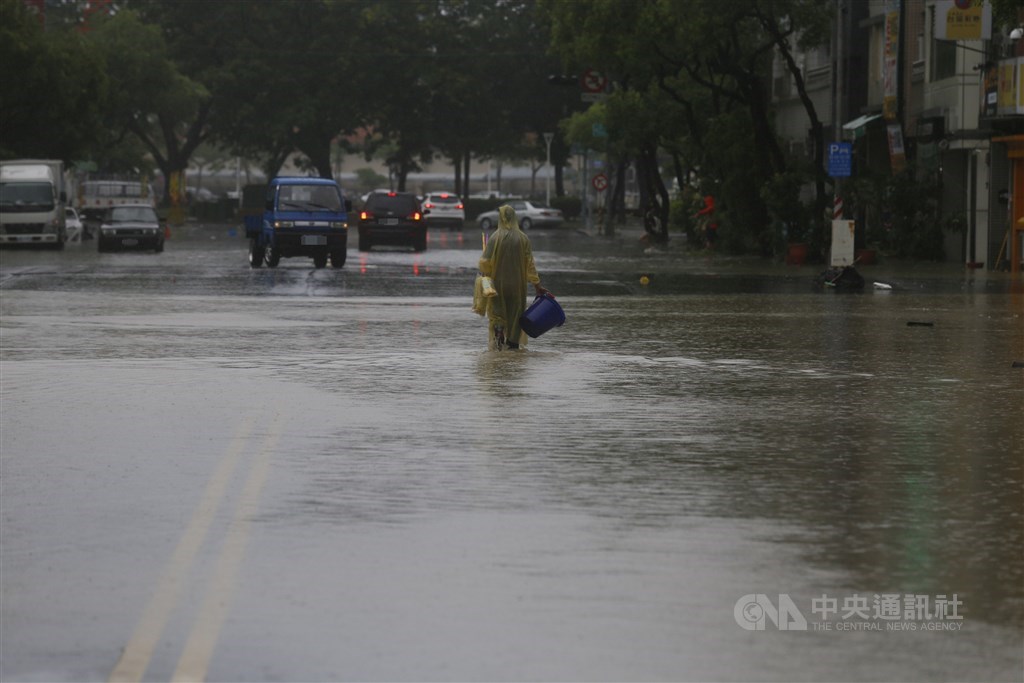 Taipei, May 22 (CNA) The torrential rainfall that drenched Taiwan on Friday could ease up on Saturday, but heavy rainfall could still affect the central and southern parts of the country, the Central Weather Bureau (CWB) warned.

Taiwan is likely to see less rainfall over the weekend as the plum rain front that brought the deluge moves south toward the Bashi Channel and southeasterly winds weaken, forecasters said.

According to the CWB, northern Taiwan and low-lying areas in central Taiwan should see milder weather, though they could still get heavy rain, defined by the CWB as more than 80 millimeters of rainfall over a 24 hour-period or 40 mm of rainfall in one hour.

Mountainous areas in central Taiwan and low-lying areas in southern Taiwan could see extremely heavy rain, which the CWB defines as more than 200 mm of rainfall over a 24 hour-period or over 100 mm in three hours.
[FULL  STORY]