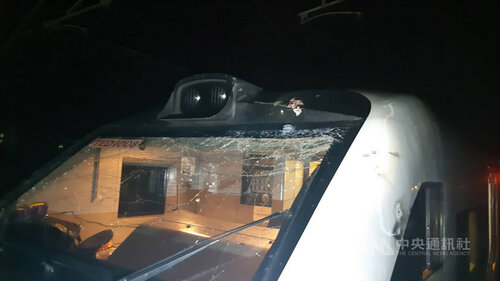 Trains traveling between Hanben Station in Yilan County and Heping Station in Hualien County have been running at least 20 minutes behind schedule since midnight Friday and the delays are expected to continue until around 9 p.m. Saturday, according to the TRA.

The problem occurred around 11:51 p.m. Friday, when a pantograph atop a Tze-chiang l

The pantograph, a diamond-shaped apparatus on the roof of an electric train that connects to the overhead power lines, also broke the window of the driver's cab and caused damage to some carriages, the TRA said.    [FULL  STORY]