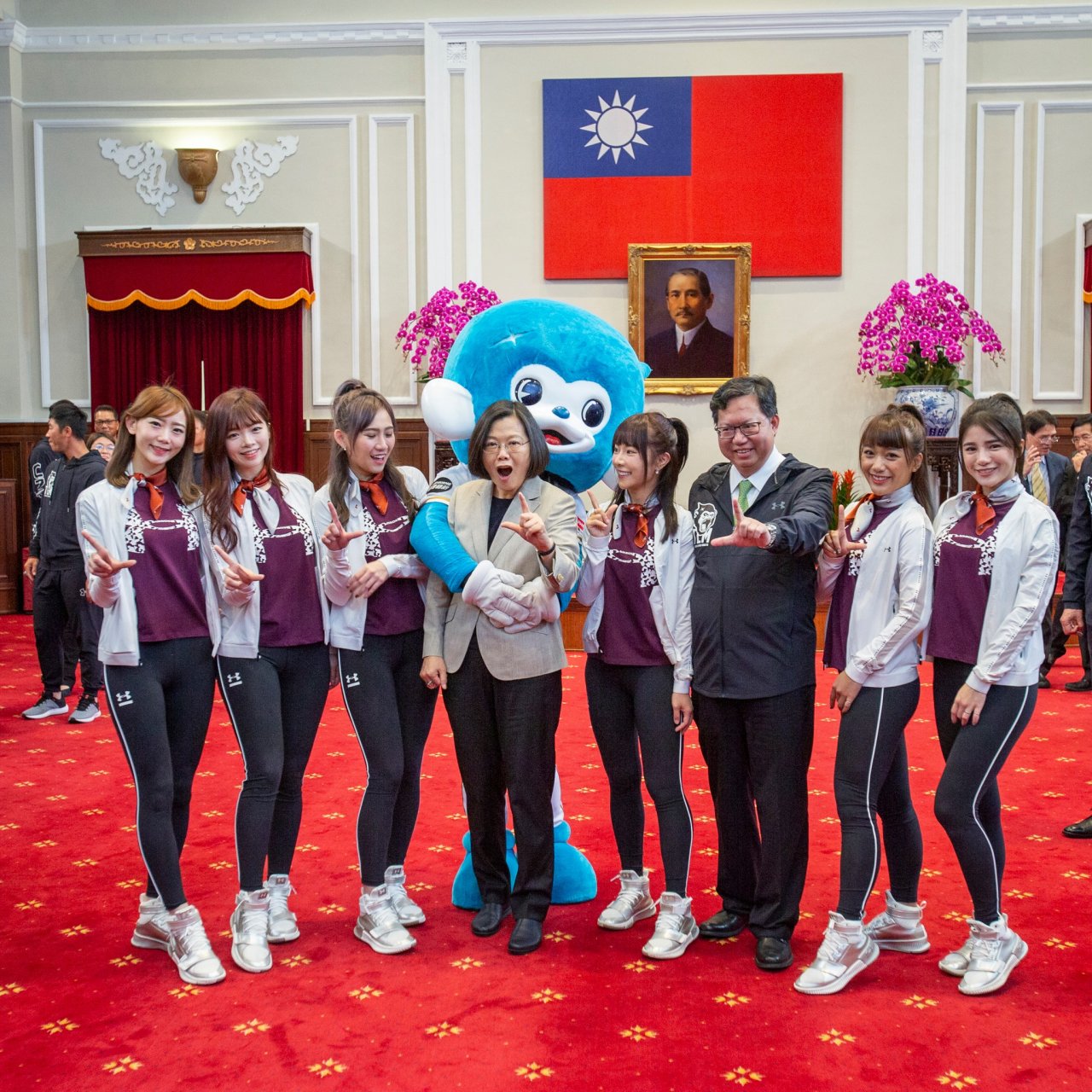 President Tsai Ing-wen got a surprise hug from Lamigo Monkeys’ mascot. (Photo by the Presidential Office)

The team is the champion of the 2018 Chinese Professional Baseball League season. It is the second win in a row for the team.

As Tsai was taking a group photo with the baseball players, the team’s mascot gave her a surprise bear hug from behind. Tsai later jokingly said she wondered where her bodyguard was at the time.

Tsai also said she hopes that in the future, all champion teams will be invited to the Presidential Office.    [FULL  STORY]