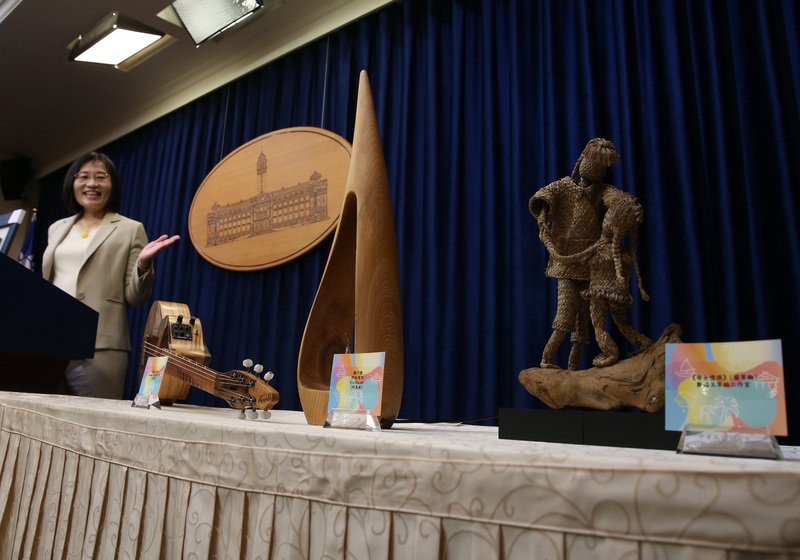 President Tsai Ing-wen is set to embark on a state visit to three of Taiwan’s diplomatic allies in the Pacific. She has decided to present works of indigenous Taiwanese art to the leaders of all three nations.

Next week, President Tsai Ing-wen will be making an eight-day trip to Palau, Nauru, and the Marshall Islands.

Tsai has chosen a painting of a fishing trap by Atayal painter Miru Hayung as a gift for Palauan President Tommy Remengesau. Tsai chose the painting after considering Palau’s concerns about marine conservation in recent years. The artist says that while the trap catches big fish, small fish can escape through the holes in the trap and return to sea, allowing fish stocks to remain stable.

For Nauruan President Baron Waqa, Tsai has selected a guitar made from driftwood by Amis artist Fan Zhi-ming. Tsai chose the gift because the Nauruan president comes from a musical family. The guitar’s maker says the instrument can be played on its own or hooked up to an amplifier.    [FULL  STORY]