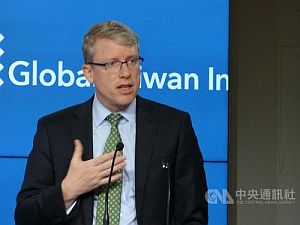 in cost-effective systems that leverage Taiwan's strengths and can help deter China, a U.S. official said at the U.S.-Taiwan Defense Industry Conference in Maryland on Monday.

David Helvey, principal deputy assistant secretary of defense for Indo-Pacific Security Affairs, said in a speech at the forum that the goal is to create a "distributed, maneuverable, and decentralized force", which he described as "large numbers of small things."

This force should be able to "operate in a degraded electromagnetic environment and under a barrage of missile and air attacks," Helvey said.