No appeals were filed against June verdict by Scottish court

TAIPEI (Taiwan News) – As prosecutors have not appealed against a June court decision, British 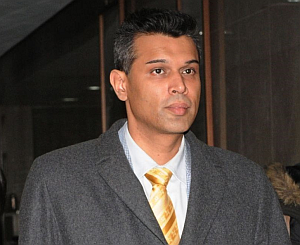 businessman Zain Dean will not be extradited to Taiwan to serve the remainder of his four-year prison sentence for killing a newspaper delivery man in a drunk driving accident.

A Scottish court ruled against extradition last June 6, but appeals were still possible. However, the Ministry of Justice told the Central News Agency Wednesday (October 9) that no appeals had been filed, making the June decision definitive.

The high-profile case started in Taipei in March 2010, with the death of a 31-year-old motorcyclist hit by Dean’s car. The businessman later claimed someone else had been driving, but the court did not accept his version of events and sentenced him to four years in jail in July 2017.

However, the following month, he used a passport supplied by a friend to flee the country and eventually surfaced again in Scotland.    [FULL  STORY]