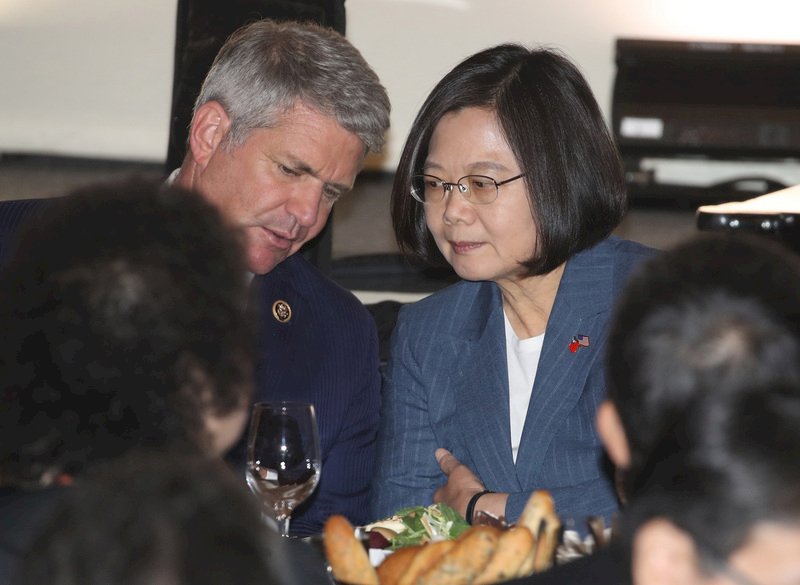 US Congressman Michael McCaul says that US arms sales to Taiwan will help Taiwan defend itself from the threat of China. He is one of the Congressmen who met with President Tsai Ing-wen during her stopover in New York. He made the comment during an interview on Fox News on Sunday.

When asked what China thinks of President Tsai’s trip to the US, McCaul said he thinks China is probably depressed about the United States’ current support for Taiwan.    [FULL  STORY]