‘GRAVE MISTAKE’: Gardner said abandoning Taiwan would ‘negatively influence’ ties with the US, while Rubio said the decision would prove ‘costly and short-sighted’ 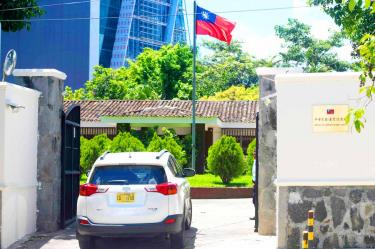 following the termination of diplomatic ties with El Salvador, which decided to switch recognition to China, allegedly for financial aid.

The Central American country switched its recognition from Taiwan to China after Taipei refused to invest an “astronomical sum” of money in its Port of La Union development project, the Ministry of Foreign Affairs said.

To voice the US’ support for Taiwan and condemn El Salvador for abandoning its democratic ally of 85 years in favor of a communist regime, US senators Cory Gardner and Marco Rubio introduced an amendment to a “minibus” appropriations bill on restricting US funding to the Central American nation, a statement on Gardner’s official Web site said.

“I urge for it [the amendment] to be included in the final bill. This amendment will send a direct message to Taiwan’s allies that the US will use every tool to support Taiwan’s standing on the international stage and will stand up to China’s bullying tactics across the world,” said Gardner, who is chairman of the US Senate Foreign Relations Subcommittee on East Asia, the Pacific and International Cybersecurity Policy.    [FULL  STORY]