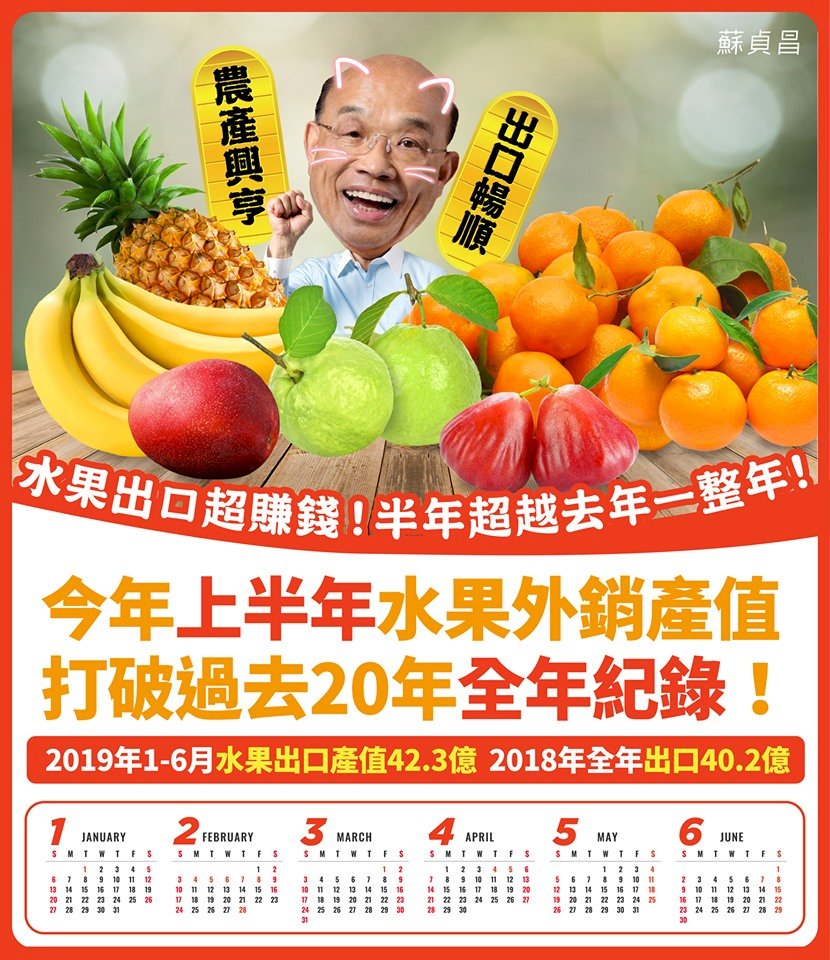 It’s only July, but already Taiwan’s fruit exports have generated more money this year than they did during the whole of 2018.

Premier Su Tseng-chang announced the achievement on his Facebook fan page. Su wrote that Taiwan’s fruit exports last year were worth around NT$4 billion. In the first six months of this year, however, the value of fruit exports have already broken NT$4.2 billion.    [FULL  STORY]