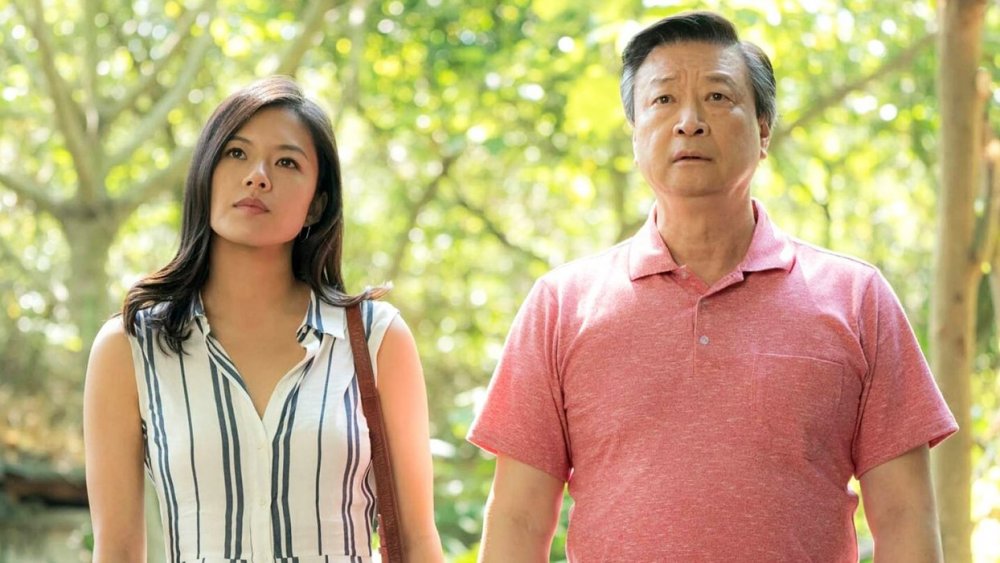 Tigertail debuted on Netflix on April 10, 2020 to widespread acclaim. Written and directed by former Parks and Recreation scribe Alan Yang in his feature directorial debut, Tigertail tells a moving and deeply personal tale of the immigrant experience (Yang himself is the son of Taiwanese immigrants) that has resonated with viewers of all backgrounds.

The film follows Pin-Jui (Hong-Chi Lee), an individualist young man who leaves behind his life (and love) in Taiwan to move to America in hopes of a better future. As Pin-Jui grows older (this version played in the film by Tzi Ma) — living in an arranged marriage to Zhenzhen (Fiona Fu) without true love or care, working a tedious job, and struggling to connect with his daughter Angela (Christine Ko) — he knows he must find himself again. In the past lies Pin-Jui's future — one he hopes will be filled with happiness.

There are a few well-known faces among the cast of Tigertail, but one in particular is likely to be quite familiar — if perhaps a bit difficult to place. The character of Hank, Zhenzhen's new husband after she and Pin-Jui divorce, is a relatively minor one. However, if you've watched television in the last four decades or so, you've definitely seen the actor who plays him before.   [FULL  STORY]