ENCROACHMENT: Taiwanese want to have a say in what constitutes goodwill, such as stopping harassing the nation, Minister of Foreign Affairs Joseph Wu said 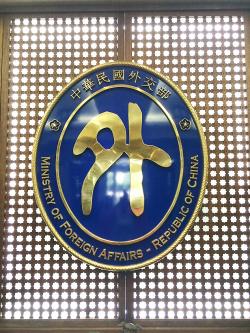 proposal of “one country, two systems” is a demonstration of goodwill, saying that an example of goodwill would be China stopping its constant harassment of Taiwan.

Wu made the remarks through the ministry’s official Twitter account one day after Chinese Premier Li Keqiang (李克強) reiterated Beijing’s commitment to the promotion of peaceful development of cross-strait relations and peaceful unification at a news conference following the conclusion of the second session of the 13th Chinese National People’s Congress in Beijing.

Li said that China would continue to adhere to the “one China” principle and the so-called “1992 consensus,” while opposing Taiwanese independence.

He also said that the five points Chinese President Xi Jinping (習近平) in January proposed in a speech about Taiwan — which include a plan to explore the Taiwanese version of the “one country, two systems” formula — encapsulated China’s guiding principles in its dealings with Taiwan.    FULL  STORY]