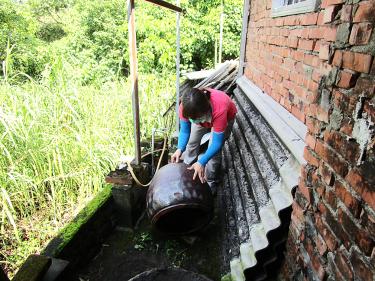 in Tainan, saying it suspects that the virus might have spread farther, as the latest case involves a person who had not been to areas linked to previous cases.

An 89-year-old man living in the mountainous Ronghe Borough (榮和) of Zuojhen District (左鎮) developed a fever on Wednesday, the centers said.

On Friday, he was taken to a hospital for a scooter-related injury and tested positive in a rapid dengue fever screening before being confirmed to have contracted the disease, the centers said.

The man usually stays at home and tends his vegetable garden and he had not traveled abroad or visited areas linked to the eight previous indigenous cases, the CDC said, adding that he visited Shanhua District (善化) on Sunday last week.    [FULL  STORY]