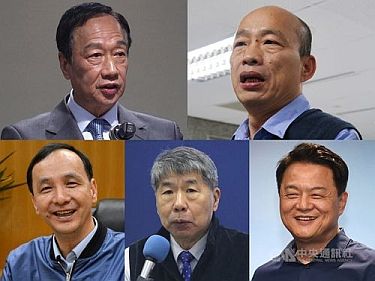 Gou, the runner-up, received an average 27.73 percent support in the polls, which was conducted by five independent polling organizations and collected a total of 15,185 valid samples via landline phone calls, Tseng said.