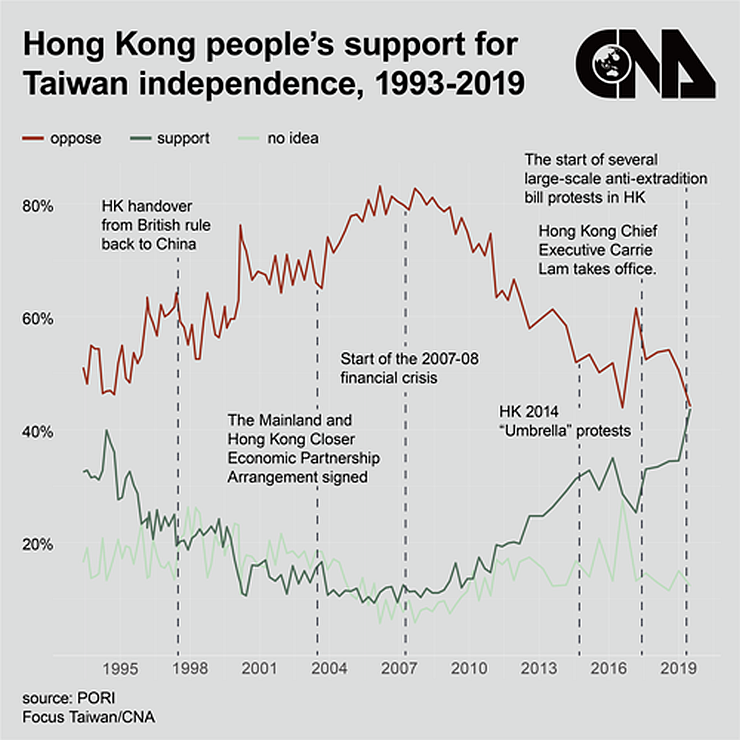 Taipei, July 18 (CNA) The number of Hong Kong people who support Taiwan independence has surged to a record high since 1993, according to the results of a survey released Tuesday by the Hong Kong Public Opinion Research Institute (PORI).

The institute, successor to the Public Opinion Programme under the University of Hong Kong since July, released its first opinion poll, which showed that 43.7 percent of the respondents in Hong Kong support Taiwan independence, up from 35 percent in January 2019.

The support rate is the highest since 1993, the PORI said.