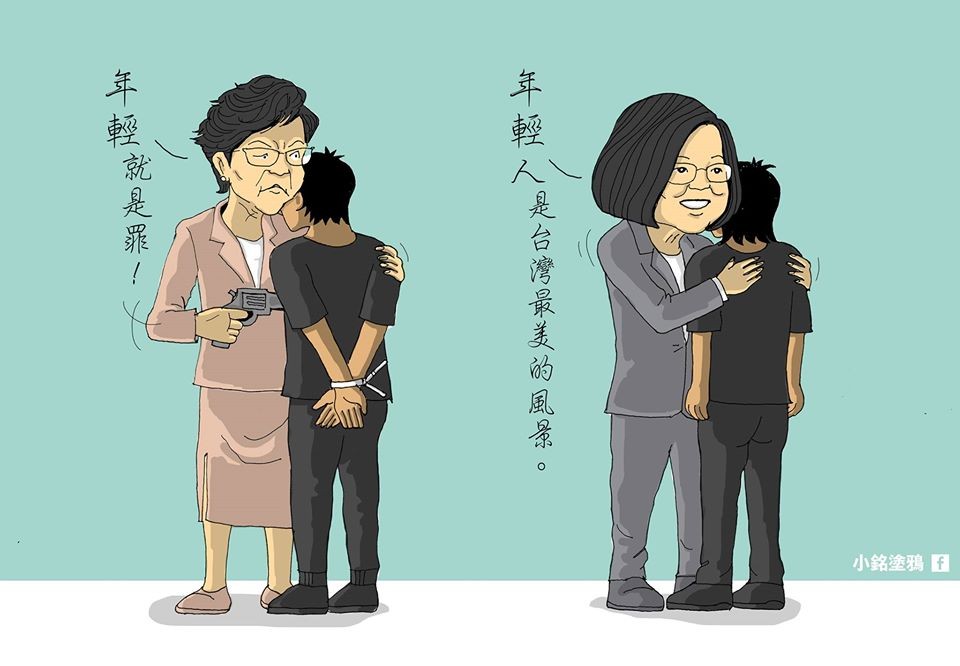 On Monday (Jan. 13) Hong Kong illustrator SiuMingGraffiti (小銘塗鴉) uploaded a cartoon to his Facebook page titled "777 vs 8170 million." The number 777 signifies the number of delegates of Hong Kong's 1,194-member Election Committee, which is mainly comprised of pro-Beijing businessmen and members of the Chinese Communist Party (CCP).

On the left side of the illustration, Lam frowns as she grabs a young man dressed in black with his hands bound and dressed in black, a color associated with Hong Kong's pro-democracy protesters. Lam can be seen pointing a gun at the young person's chest, harkening to a recent incident in which a Hong Kong police officer shot a protestor at point-blank range, with a caption in Chinese which reads, "Youth is a crime!"    [FULL  STORY]