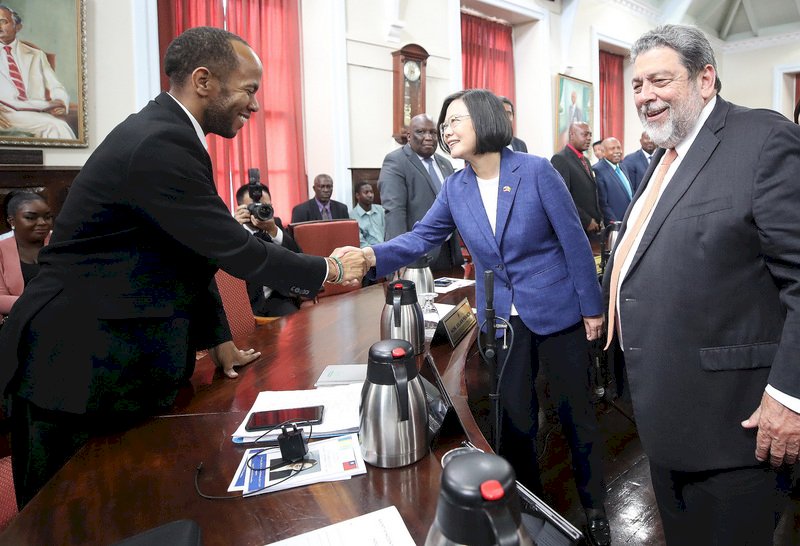 President Tsai Ing-wen delivered a speech Tuesday at the parliament of St. Vincent and the Grenadines, one of Taiwan’s Caribbean allies. Tsai was on the third leg of a state visit that will take her to four Taiwan’s diplomatic allies in the region.

In her speech, Tsai first congratulated the Caribbean nation for being elected as a member of the UN Security Council and for playing a role in bringing about global peace and security. Tsai said Taiwan is proud to be an ally of the country. She also expressed admiration for the country’s active involvement in important issues surrounding climate change and sustainable development.
[FULL  STORY]