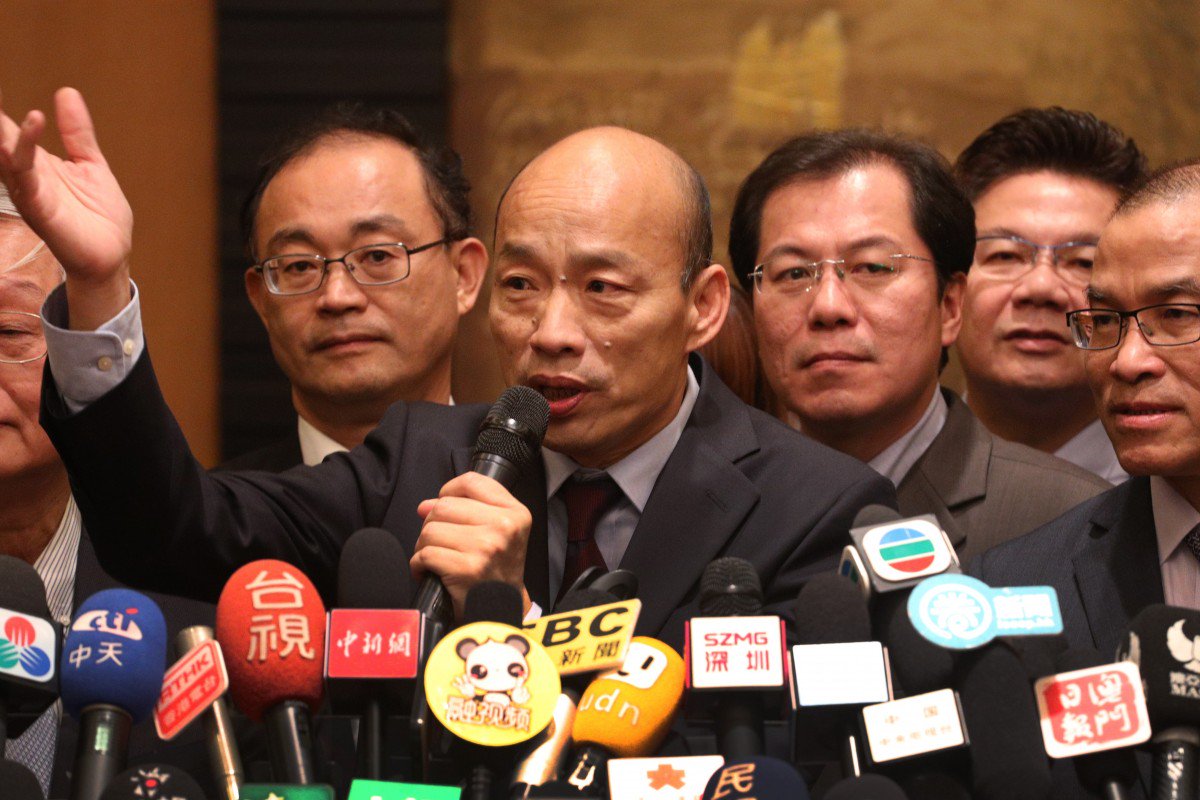 The flamboyant Beijing-friendly mayor of Kaohsiung, Taiwan has fired back at critics over a rare meeting with mainland China’s top representative in Hong Kong, stressing he was only promoting trade and not “selling out” his people.

Han Kuo-yu, a rising star in the opposition Kuomintang (KMT) party, was responding to a call by Taiwan’s Mainland Affairs Council and politicians back home to clarify intentions over a Friday dinner meeting with Wang Zhimin, director of Beijing’s liaison office.

“I’m bringing along my wife, my deputy mayor and my team to Hong Kong, under the watch of 10 city councillors. Am I really going to sell out Kaohsiung? I’m only here to sell fruits and fish products,” Han told reporters in Macau at noon on Saturday.