HELPING PARENTS: The city plans to extend its subsidy for children aged three to four who are enrolled at a private childcare center to also include two-year-olds

The Taipei City Government plans to budget about NT$200 million (US$6.43 million) per year on 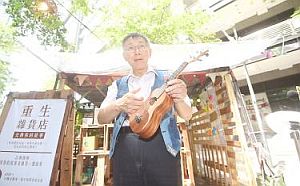 The city’s Department of Education provides a subsidy of NT$13,660 per semester for children aged three to four who are enrolled at a private childcare center, Ko said.

However, when the policy was created, there was ambiguity about whether children aged two to three should be considered as falling under childcare or infant care, so subsidies were not provided for that age group, Ko said.

The new plan would extend the subsidy to children two to three years old, he said.
[FULL  STORY]