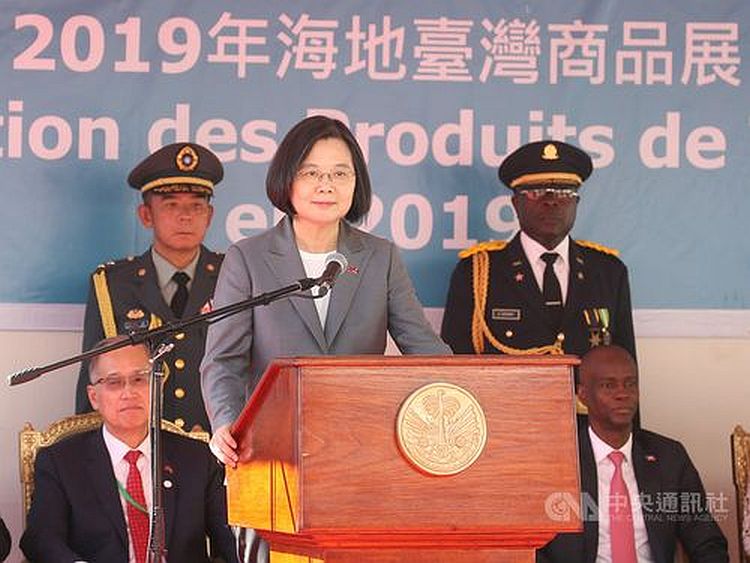 Port-au-Prince, Haiti, July 13 (CNA) Taiwan's President Tsai Ing-wen (蔡英文) praised Haiti as a solid friend while highlighting the partnership with the Caribbean ally on economic, trade and other cooperation projects during a brief stop in the country Saturday.

Tsai flew to Haiti on Saturday to begin a tour of four diplomatic allies in the Caribbean region, after concluding a visit to New York.

She was greeted by Haiti President Jovenel Moïse and his wife Martine Marie Étienne Joseph upon her arrival at Toussaint Louverture International Airport.

Tsai and Moïse then attended the opening of a Taiwan trade fair jointly organized by Taiwan's Ministry of Foreign Affairs and the Taiwan External Trade Development Council (TAITRA) in Haiti's capital of Port-au-Prince.    [FULL  STORY]