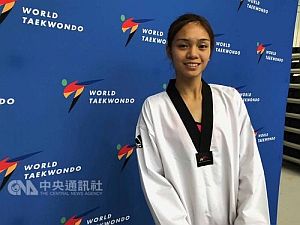 taekwondo under-53 kilogram division at the 2019 Summer Universiade in Naples on Friday (July 12).

Su overwhelmed Ha Min-ah of South Korea with a series of punches and kicks to win by a final score of 10-4 and claim gold, the sixth won by Taiwan at the Universiade thus far.

The final was a repeat of the gold medal bout in the same weight division at the Asian Games in Jakarta in 2018, when Su defeated Ha 29-10.

Friday's battle was a far more defensive affair, with the two athletes tied 1-1 after two rounds in the three-round bout. But Su, currently ranked seventh in the world in her weight class, finally pierced the defenses of her opponent in the final round to cruise to victory.    [FULL  STORY]