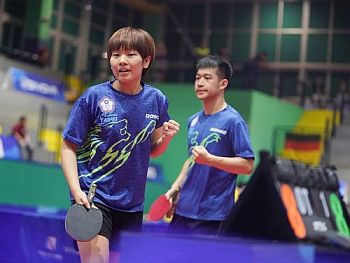 Taipei, July 9 (CNA) Taiwanese table tennis players Liao Cheng-ting (廖振珽) and Su Pei-ling (蘇珮綾) clinched a bronze medal in the table tennis mixed doubles competition at the 2019 Universiade in Naples on Monday, after losing to a Chinese team in the semifinals.

Because there is no match played for the bronze medal in the Universiade table tennis competition, Liao and Su took bronze simply by virtue of reaching the semifinal round and failing to advance to the final.